The fact that Australia’s first two utility-scale energy from waste (EfW) projects to achieve financial close are just a few kilometres apart on the outskirts of Perth is no coincidence. It’s the product of years of hard work from many different actors whose contributions are already delivering benefits to the development of the sector across Australia. Edward Nicholas, Executive Director with Abu Dhabi-based Tribe Infrastructure Group, one of the developers of the A$511m East Rockingham Waste to Energy Project, explains.
November 11, 2020 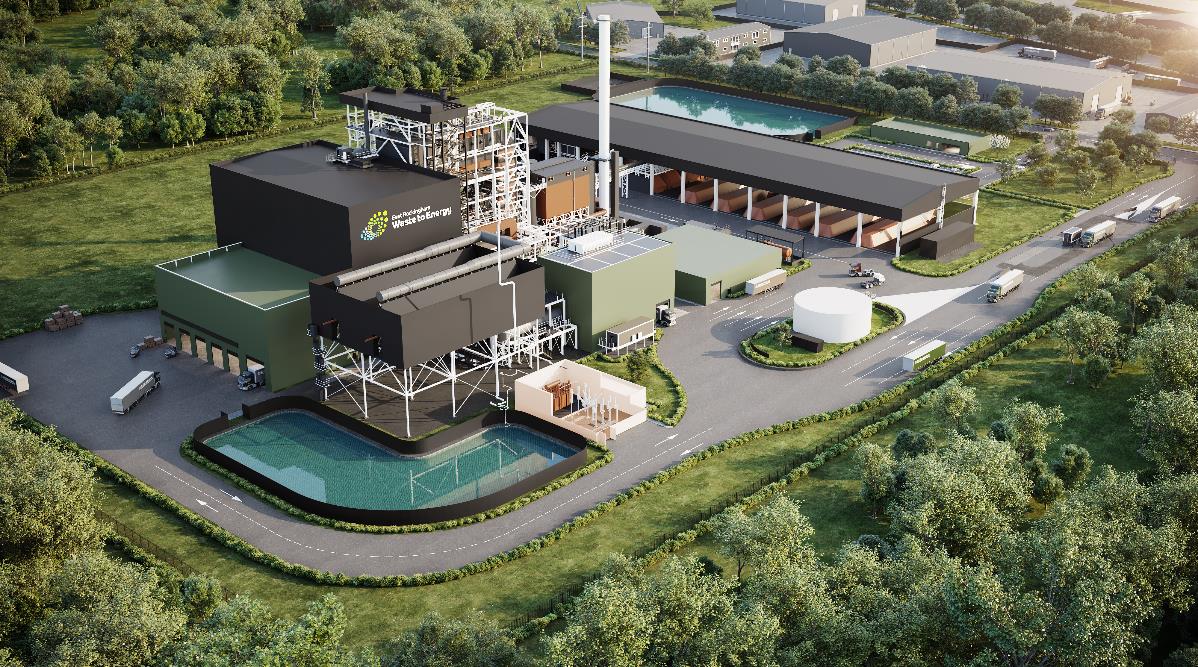 The fact that Australia’s first two utility-scale energy from waste (EfW) projects to achieve financial close are just a few kilometres apart on the outskirts of Perth is no coincidence.  It’s the product of years of hard work from many different actors whose contributions are already delivering benefits to the development of the sector across Australia.  Edward Nicholas, Executive Director with Abu Dhabi-based Tribe Infrastructure Group, one of the developers of the A$511m East Rockingham Waste to Energy Project, explains.

The next step forward for EfW in Australia

The East Rockingham WTE project is a 300,000 tonne-per-annum energy from waste facility under construction in the Rockingham Industry Zone in the south of Perth. ​​ On​​ completion, the facility will deliver a cost-effective waste treatment solution and a vital source of dispatchable renewable energy, whilst achieving a 96% diversion of residual waste from landfill.

The transaction involved numerous “firsts”, chief among which was the “waste arising” contract structure for the critical waste supply agreements with local government authorities, described further later. ​​ Equally important was the capital structure innovation harnessed by developers and financiers to bring in a late stage subordinated debt tranche from CEFC and ensure the deal got to close inside calendar 2019. ​​

Historically, it’s been axiomatic to say that waste volumes increase with populations, and generally at a faster rate than population​​ growth itself. ​​ Add in rising disposable incomes and a challenged domestic recycling industry and you have the makings of a booming waste management sector.

In Australia, nowhere has this been more the case than in Western Australia. ​​ Since the turn of​​ the 21st​​ Century, Western Australia has enjoyed a consistent trajectory of growth and development, supported not only by mining and natural resources, but also the growth of the tourism, agriculture, education and services sectors in parallel. ​​

The league tables relating to waste generation were ones that WA didn’t want to be leading. ​​ But that’s where the State Government and local Councils increasingly found themselves, with waste generation rates among the highest in the country, while recycling and resource recovery rates were among the lowest. ​​

For a capital city such as Perth, its modest population of 1.94 million1​​ and its relative remoteness from the rest of Australia’s major population centres drives a strong culture of self-reliance in public policy and commercial life. ​​ And so it has been with the top-down drive to bring change and development to the waste management and resource recovery sector. ​​ Starting with the​​ Waste Avoidance and Resource Recovery Act 2007, the creation of the WA Waste Authority and the development and implementation of the WA Waste Strategy in 2012, the government has been working to turn the tide and deliver better outcomes for the people of Western Australia.

One of the most important policy tools available to governments to drive higher resource recovery rates is landfill levies applied to each tonne of waste disposed of by landfill customers. ​​ When it comes to Municipal Solid Waste (MSW), the “customer” is generally a local government authority (LGA). ​​ In Australia, household waste collection is exclusively handled by local municipal councils. ​​ Waste management therefore becomes a significant cost, procurement and often revenue line for the 550+ LGAs across Australia. ​​

Landfill levies have been applied to waste generated in the Perth metropolitan area since 2004, initially having only a modest impact on waste generation, diversion and resource recovery. ​​ With the near-doubling of the rate from A$28/tonne to A$55/tonne in 2014 and legislated increases to A$70/tonne by 2019, the economic conditions necessary to support utility-scale projects were starting to fall into place.

Faced with increasing costs of service delivery and pressure to meet diversion targets, Perth’s LGAs have been at the forefront of the push​​ to harness energy from waste as one part of improved waste management practices. ​​ Through the formation of five Regional Councils, Perth’s LGAs have also given themselves the scale and capacity to commit significant volumes of waste in order to make energy​​ from waste a bankable investment proposition. ​​ For the Eastern Metropolitan Regional Council (EMRC), a union of six LGAs with a combined population of over 350,000, this culminated in a Request for Tender in August 2016 for a 20-year Waste Supply Agreement to send residual MSW to an EfW facility deploying proven technology and meeting best-practice environmental and emissions standards.

The EMRC’s decision to adopt EfW provided the catalyst for the development of East Rockingham WTE, a major piece of privately funded enviro-industrial infrastructure, and a landmark proof point in the evolution of the EfW sector in Australia overall.

Jack be nimble: how to succeed in greenfield development

East Rockingham WTE may be the second such project to have​​ reached financial close, but its origins as a pioneer put it first in a number of important ways. ​​ The original developer of the project, Perth-based New Energy Corporation, traces its history with the project back to 2013, when it secured a 10-hectare site in the WA Government-owned Rockingham Industry Zone. ​​ The site’s location approximately 2.5 km from the closest residents but only 40 km from the centre of Perth was crucial to establishing the social licence credentials for the project in the community​​ from the outset. ​​

Having previously secured environmental approval for a large-scale MSW gasifier in north-west WA in 2013, New Energy was able to secure an EPA permit for EfW in Perth in 2015, followed by a development approval from the host LGA, the City of Rockingham. ​​ But the gasification solution that New Energy proposed to implement at that stage didn’t meet the Councils’ tender requirements. ​​ It wasn’t until New Energy partnered with Hitachi Zosen Inova and Tribe Infrastructure in late 2016 that a​​ team was formed with the ability to challenge the competition and genuinely deliver an alternative EfW solution for Perth. ​​ In HZI, the project had a world-leading thermal treatment technology provider, albeit entering Australia for the first time. ​​ In Tribe, the consortium acquired the commercial, technical and financial skills to pull together a bankable project that would attract best-in-class debt and equity providers to invest.​​

Assembling the cast for a winning performance

Agility is a core​​ competency for any greenfield project developer. ​​ The longer the gestation period of a project, the greater the agility so required. ​​ For East Rockingham WTE, that started with the formation of the development consortium in late 2016 to respond to the EMRC’s tender and continued right through until financial close right before Christmas 2019. ​​ As with many projects, the wagon-wheel diagram of project participants at financial close bears little resemblance to versions earlier in the project’s life, and East​​ Rockingham WTE is no exception.

“In Australia, everyone loves to be first to be second.”

In their own way, this wasn’t the first​​ rodeo for any of these parties. ​​ But the role they have played has involved them championing multiple “firsts”, and it’s those firsts that are delivering follow-on benefits to the projects in the early stages of development elsewhere in Australia, especially in Victoria and New South Wales.

Of all the “firsts” in the East Rockingham WTE project, the one that will have the greatest impact is the “waste arising” contract structure for the Council Waste Supply Agreements (WSAs). ​​ It was a fundamental principle for the EMRC in its August 2016 tender that the Councils not be exposed to waste volume or composition risk. ​​ The EMRC was prepared to give exclusivity over the​​ residual waste stream that they collect from their LGA households but was not prepared to entertain guarantees to the Project around the volume or composition of the waste collected.

Their rationale was strong: in order to meet continuingly​​ increasing waste diversion targets, the Councils must be able to implement improvements to their waste management practices over time without fear of being locked in to a put-or-pay contract that would have the effect of penalising Councils for waste not delivered. ​​

From a financial perspective for the Councils, this makes absolute sense. ​​ So, too, from an environmental policy perspective. ​​ And, perhaps most importantly, it’s a critical issue in securing and maintaining a social licence to operate in this​​ fledgling sector in Australia.

With the transfer of this risk to the Project, then, the challenge rested with developers, equity and lenders to bank a revenue stack with important nuances. ​​ Funders paid significant attention to their diligence on the​​ Perth waste market, as well as power markets and marginal loss factors. ​​ The resulting financing structure recognises and attributes value to those nuances, with bespoke treatment of WSAs with Councils and with SUEZ, the PPA, and the merchant exposure remaining on waste and electricity. ​​ While at times this vexed project participants’ investment committees and credit committees, they got there in the end. ​​ And begrudgingly or otherwise, everyone recognised that the “waste arising” WSA is here to stay in Australian EfW.

There is no silver bullet in dealing with waste; each part of the industry has an important role to play. ​​ EfW has come to Australia much later than elsewhere. ​​ And as usual, Australia is putting its own spin on what a bankable​​ project can look like. ​​ For those with the stamina and agility to see these projects through, there are opportunities to deliver essential services and infrastructure with environmental and social benefits in a sector with attractive commercial potential.